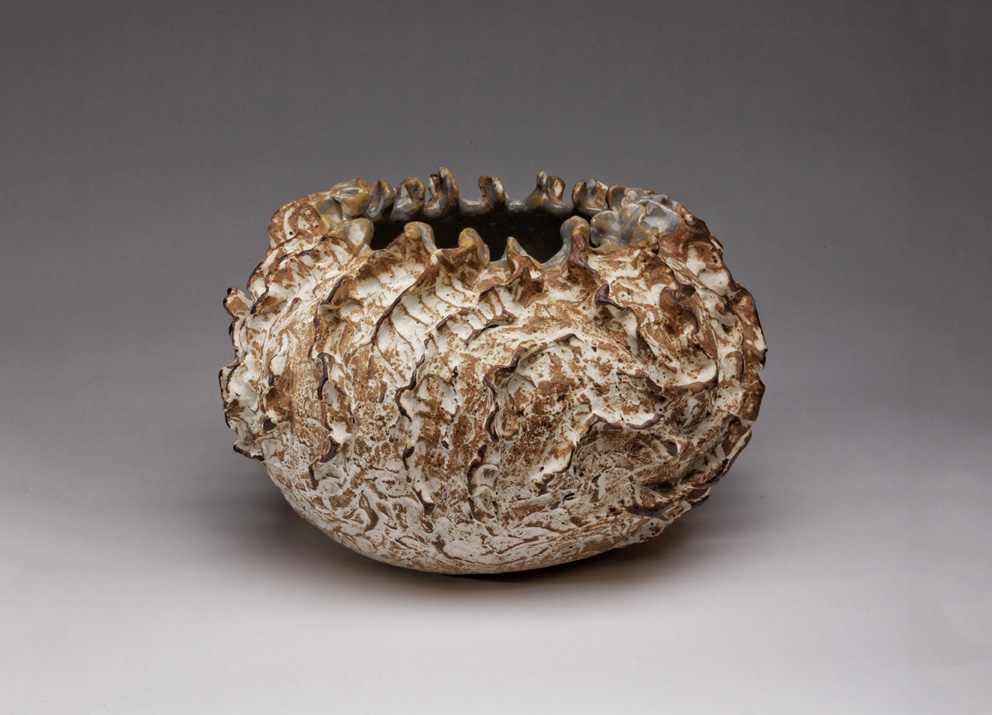 La Galerie de L’Ancienne Poste pays hommage to the ceramist Stéphanie Durand, who died 18th January 2012 at the age of 36.  Stéphanie Durand’s last exhibition took place in the Gallery in 2011 along with Jean-Nicolas Gérard.  The gallery wanted people to discover or rediscover this very personnel work, it worked in liaison with the Maison de la Céramique du Pays de Dieulefit (Drôme) where the artist was trained in the business of ceramics, and where she was later to return to transmit in her turn her knowledge.

In order to leave a trace of this homage a catalogue was published, collecting the visual images of Stéphanie Durand’s remarkable pieces some of which figure in private collections whilst others were selected from her workshop after her deaparture. The work is available from the Gallery or is on sale by mail order. 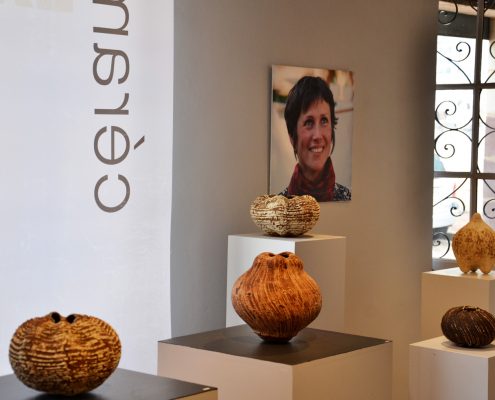 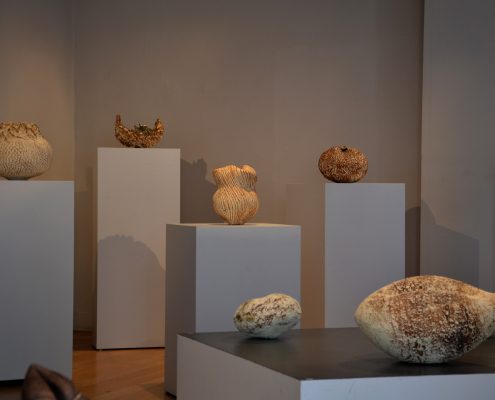 Stéphanie Durand’s pieces made of rough heavily grogged clay, evoke very old civilizations – prehistoric, Japanese, African, primitive – timeless even.  These pieces, shaped on the wheel were then reworked, deformed, pushed outward from the interior by the artist’s hand so as to make a decoration on the outside standing proud of the clay, quasi-natural, cracks, fissures organized in seams or furrows, in parallel, transversal or slanting folds according to the whim of inspiration.

Here the formal modernity superimposes onto the initial primitivism and at times results in something very close to the freest contemporary sculpture. {…] There is a rich vitality there, a strength of conviction and realization, a poem of timelessness, of infinity, and also of more precise organic detail, than appear at first glance.

But beyond that, there is also an edging of brilliant glaze at the mouth of her vases initially discreet but gradually flowing over the inner surfaces of her conch shells.    Its presence, allusive at first, then an ever-growing nourishing sap, the lifeblood evoking the mystery and fragility of life. “Nestled in this rough envelope, she writes, throbs a glaze which seems to be a well of life itself.  As if, despite time, life has always been there, immutable”. This life which would too soon be taken from her.

A selection of Stéphanie Durand’s work 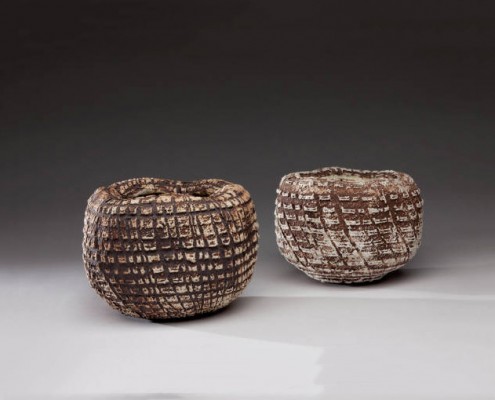 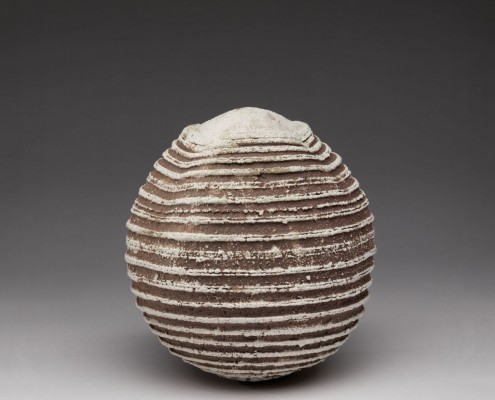 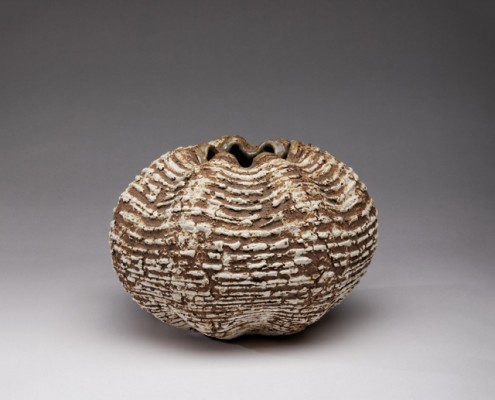 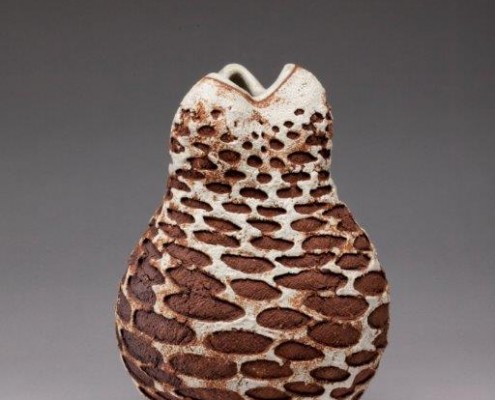 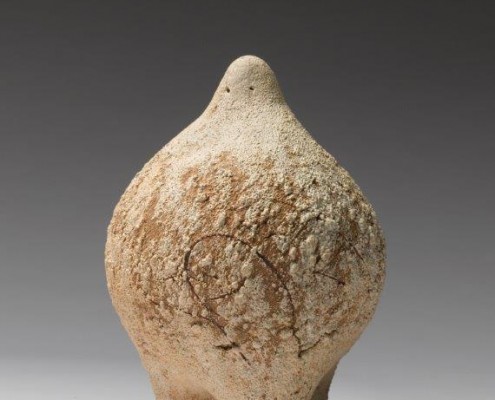 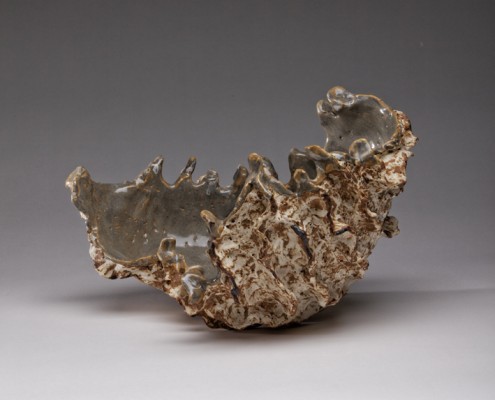