Opening on Saturday 29 June 2019 the artist will be present. 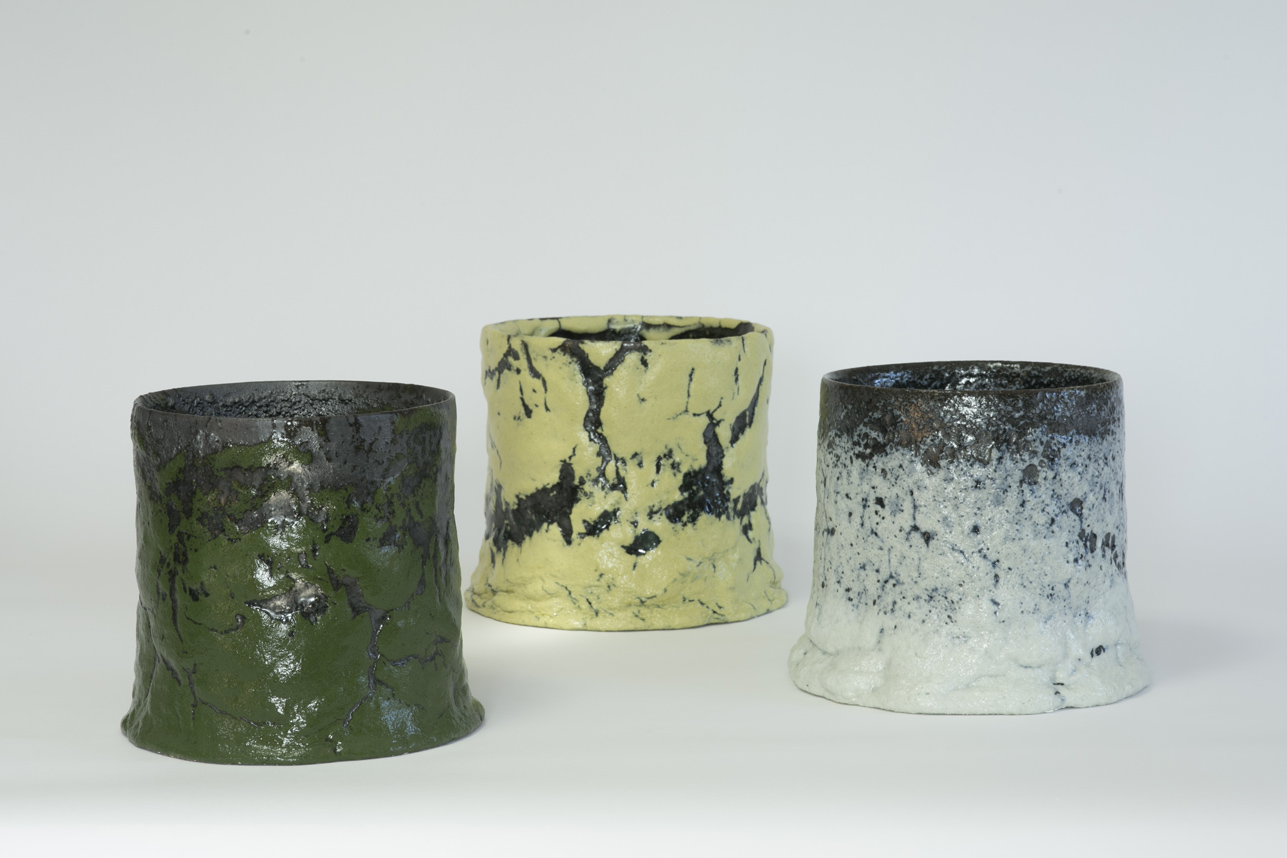 Considered one of the most experienced Swedish ceramic artist, Jussi Ojala (born 1956) became well known in Europe thanks to his « Stumps » sculptures and their sumptuous foaming glazes ever connected to nature and matter.  Galerie de l’Ancienne Poste presents the artist’s first exhibition in France : 27 new works that reveal his high artistic approach.

Jussi Ojala’s sources of inspiration have also led him, over time, to produce sculptural forms evoking branches and twigs. However, for this first solo exhibition at Galerie de l’Ancienne Poste, his choice inclined toward a range of Stumps in twenty-seven variations created between September 2018 and May 2019. According to Ojala, “The exhibition can be viewed like the pages of a journal that allows you to dive deep into eight months of ceramic creative process.”

Ojala has been shown in numerous solo and group exhibitions in Sweden, Belgium, the Netherlands, Britain, Finland and Norway since his first show at Gallery Lejonet in Stockholm in 1988. He is represented at the Röhsska Museum in Gothenburg, the Nationalmusuem in Stockholm, the Royal Museums of Art and History in Brussels, the Sogn & Fjordane Art Museum in Førde, Norway, and at the Swedish Arts Council. His works are present in most major contemporary ceramics private collections. 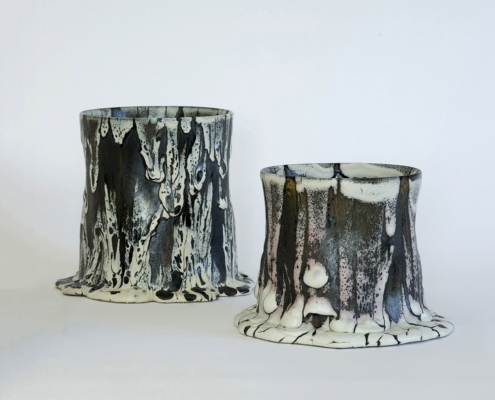 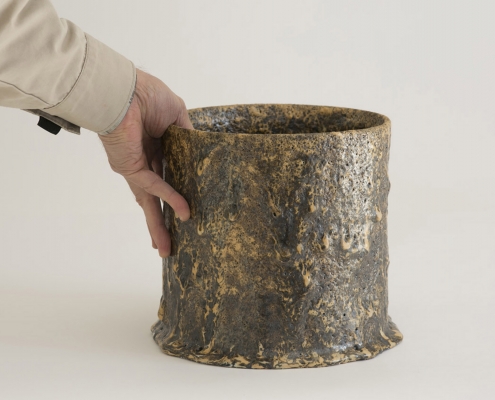 In order to push the material’s limits ever further, Jussi Ojala is experimenting with a restricted range of forms. Thus Stumps were created from 2004 to 2013, before being resumed in 2017 with a “fresh look”, the artist clarifies. At the core of this near-obsessional practice, it is yet surprising to hear him say that his interest in ceramics was almost due to chance. “After working in the metal industry and deciding to leave altogether, I was conquered by the softness of clay. I am self-taught and started out as an assistant all the while being influenced by Chinese or Japanese ceramics masters at first. Even today, I barely look at the contemporary art scene – except for Claudi Casanovas, whom I like – in an effort to develop my own journey.” […]

Jussi Ojala likes that the different seasons transform colours and highlight recollections of the passage of time. He translates it through this ambivalence between solid bases and the drips and cracks in the stoneware that show a movement, as if he wanted to imprint the memory of his footsteps on leaves or on the sound of wind. In order to expand on this unique and boundless theme, he plays its process again over the course of a long and slow period of time. “Yet when a piece is completed, he concludes, I like for it to appear as though it had just emerged from matter itself.” 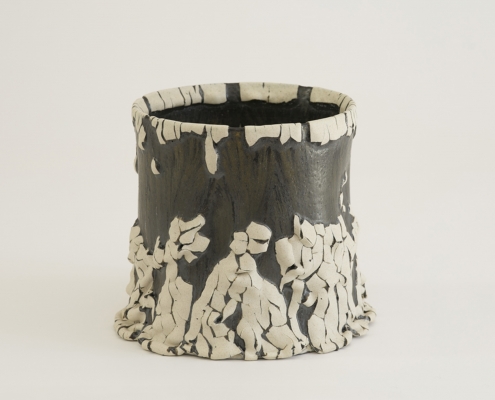 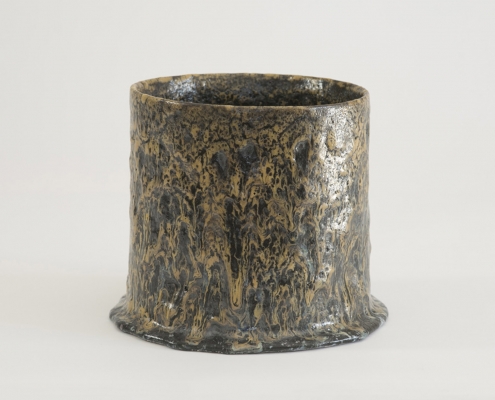 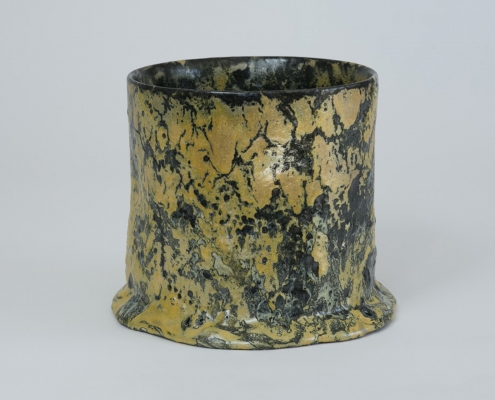 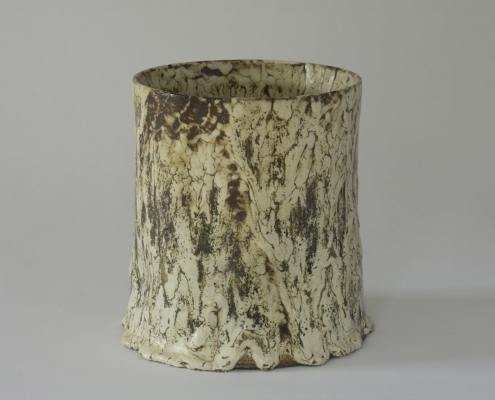 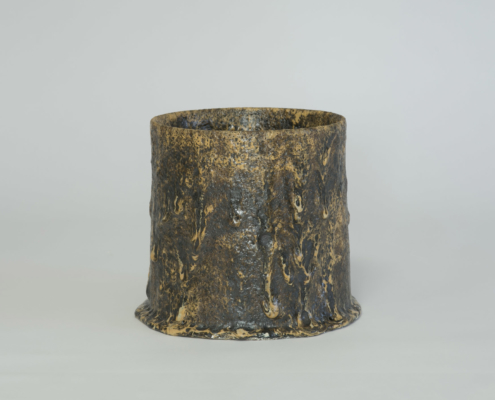 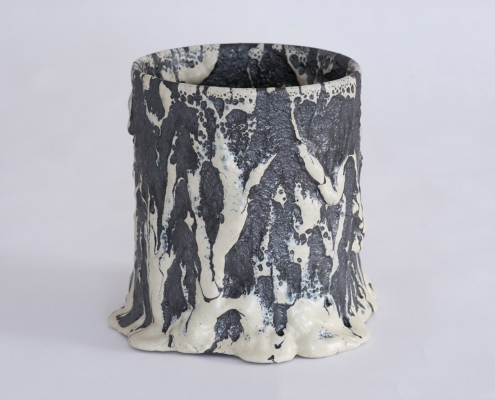 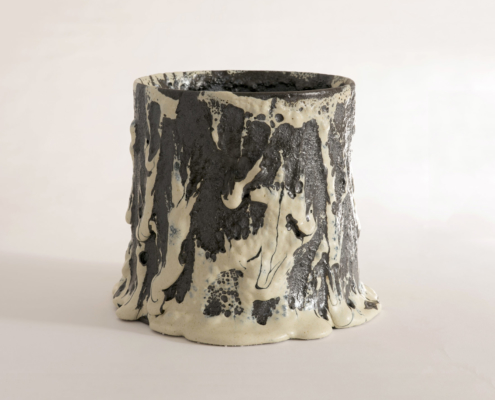 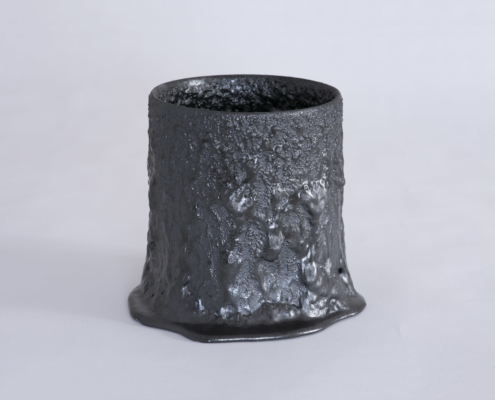