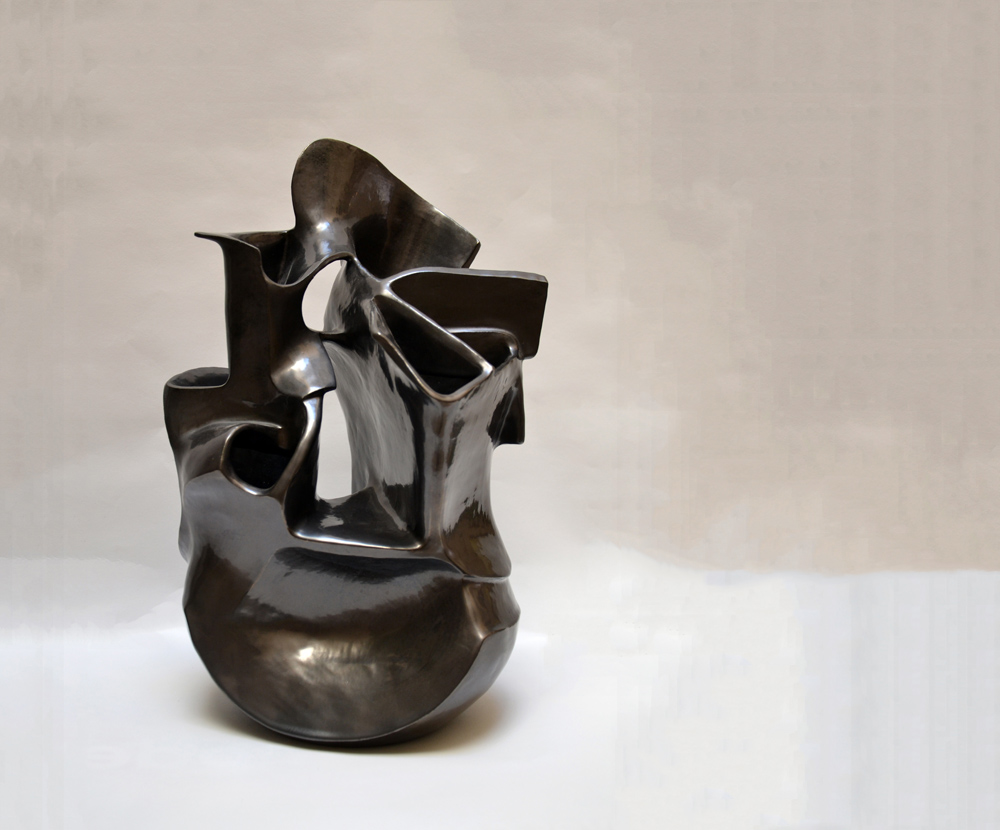 The annual opening programme, the Retrospective Exhibition of the Galerie de l’Ancienne Poste allows one to discover or re-discover the ceramic artists who have been the guests of the Toucy gallery over the previous year.

The choice of the work presented, most of which is made for the occasion, bears witness to the talent and the very specific universe of each artist.

Claire Lindner.  The quality and the singularity of her ceramic work asserts Claire Lindner within the rising values of the young
french contemporary ceramics scene.

Jean-Marie Foubert developed his own ambitious and painstaking work in sculptured clay. The work is anti-figurative and anti-fictional. It is abstract work close to Constructivism and Minimalism….

Marie-Pierre Méheust  who signed up for her third exhibition in the Gallery at Toucy. And, in doing so the gallery wishes to showcase the artist’s figurative style, a style often imitated but never equalled ….

Ursula Morley-Price develops her formal expression inspired particularly by the Large Twist Form which caused a sensation last year at the Modern Art Museum of Troyes (Aube), and which now figures in the museum’s collection.  Characterized by a movement of double revolution, the pieces once again bear witness to the immense talent of such a rare artist…

Flavie Van Der Stigghel is a young up-and-coming artist whose sculptures reveal a true strength and mastery of the medium.  By presenting over twenty of her sculptures made between 2011 and 2014, the Galerie de l’Ancienne Poste has offered her her first major personnel exhibition.

As part of this Retrospective, Flavie Van Der Stigghel presents a work of white porcelain made when she was artist in residence at Baux-de-Provence during the exhibition “September – Ceramic and Glass ’  in September and October 2014.  Carved from a block of porcelain of 12 kilos, the piece – in totem form held dear to the artist – is named “Wuwuchim Totem” the name of the Dance of Renewal which in Hopi Indian tradition takes place in November.    In this respect reference is made to the exhibition at Baux of Ettore Sottsass’ ‘Kachinas’ –  glass “dolls” created by the famous designer, who died in 2007,  and which were inspired by the tradition of the Hopi and Zuni Indian tribes who live in the South West of the United States, principally in New Mexico and Arizona.

Ceramics from the Retrospective 2014 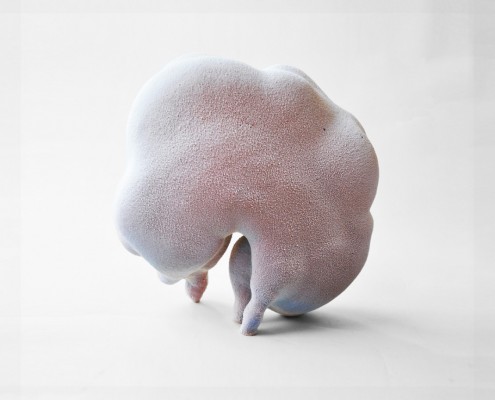 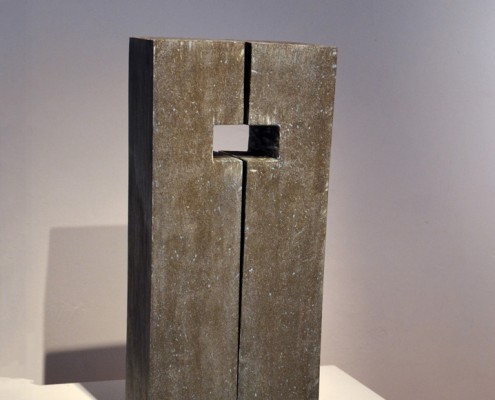 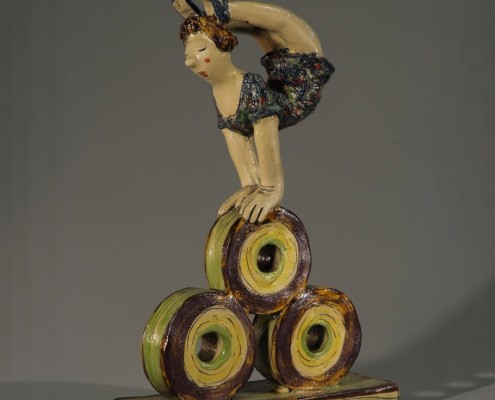 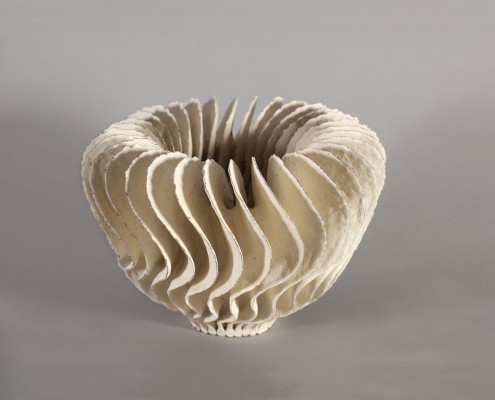 The Gallery’s Artists 2015
Scroll to top